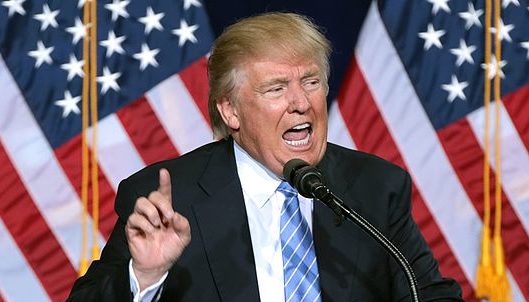 Am I the only one who continues to be unsettled by the peculiar ways in which Trump refers to the women who threaten his fragile ego and poke at his guilty conscience?

But Trump has a sub-obsession with other women that manifests as a bizarre focus on their marital and sexual relationships.

It’s not enough for him to criticize them in similar ways as the men. Trump’s disturbed and menacing personality gets further magnified when women come into his sights. Women get an extra layer of verbal vomit that defines them solely as sexual object appendages.

A one-off example is Chrissy Teigan. He can’t or won’t refer to her by her name or Twitter handle. Instead Trump namechecks John Legend and refers to Teigan only as “his filthy mouthed wife.”

Trump’s true depth of bench on marginalizing women is embodied by his obsession with Lisa Page, the FBI lawyer who was part of the 2016 counterintelligence operation. Trump repeatedly calls her “the lovely” Lisa Page, and “Peter Strozk’s lover, Lisa.” To be sure, he gives Peter Strozk some of the same treatment. Occasionally he flips this and calls him “her lover, Peter S.” Or refers to them as “the lovers.”

He’s as obsessed by their relationship as he is by his guilty conscience and compensating hyper-defensiveness about Russia. He can’t stop himself from inserting a lascivious sneer at any mention of Page. It’s seventh grade bullying and sexual harassment. It’s a leering, dalliance-obsessed adult.

All roads definitely lead to Putin, and on Trump’s many journeys he keeps a running dialogue in one lobe of his walnut brain that’s a conversation between 12 year old Donald and serial adulterer Donald. It’s infused with his own brand of sneering prurience, boorish buffoonery, and of course, frantic projection.

See? Trump can chew Putin’s gum and menace people in their workplace at the same time.